In Scottish Gaelic, a 'cairn' is a pile of rocks. This is the story of a very spectacular, much loved pile of rocks that blessed my life for twelve years. Let me tell you about Tatonka.

A little more than twelve years ago, just before Thanksgiving, a two-pound bundle of fluff and energy joined the Lindquist family.  A spitfire of a Cairn terrier.  We already had a Westie - Nellie.  A very sweet, cuddly little terrier.  So sweet and easy going in fact, we decided to get another terrier.  The breeder handed me this little puppy to take home, and declared that 'he's a dickens.'  And did he ever live up to his description.  As well a his name.  My husband thought he looked like a baby buffalo (which he absolutely did not).  I had read that a characteristic of his brindle coloring was that it changed over time and with each grooming, so I came up with 'Tonks' as his name (after the Harry Potter character Nymphadora Tonks, who all you Potterphiles know was a metamorphmagus).  But my husband won out, and this little pile of rocks became Tatanka (the Native American / Lakota / Sioux word for buffalo).  Tatanka was a puppy in our house at the same time as President Obama welcomed their first puppy, Beau.  I recall watching an interview with the President as he described having a puppy, and how he couldn't walk across his own house without having his heels chased and nipped at.  Hmm?  That was Jay's constant complaint - this tiny puppy with very sharp teeth grabbing his heels with every step he took in his own kitchen.  We were in good company! 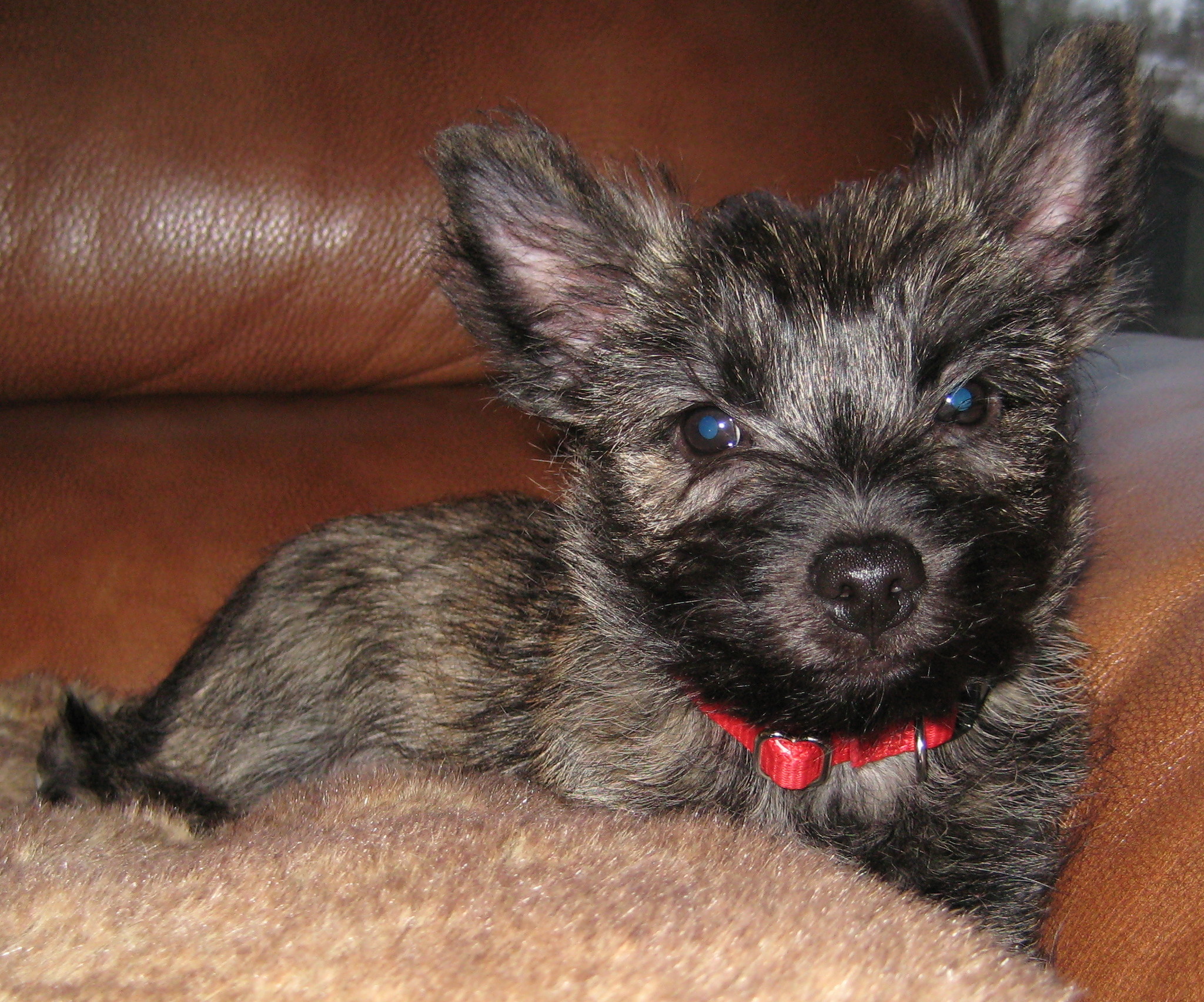 Over the next twelve years, Tatanka contributed endless wonders to our family.  Yes he was a little dickens (Jay often said that if we ever got another puppy, and the breeder described that puppy as 'a dickens,' turn and run away), but as sweet and friendly a dog as you ever will meet.  Not a mean bone in his 15 pound little body.  I can't recall him ever growling at anyone!  If a grizzly bear walked up our street, he'd have run right up to that bear with tail a waggin', and said "hi, let's play."  Here are some of my favorite moments with and memories of my dear sweet Tonks:

Just keep swimming.  This little guy LOVED to swim.  He'd jump in our pool and chase every ripple his paddling about would create.  For hours on end, he'd swim in our pool and hot tub.  The poor pool filter got a workout, catching all the hairs he'd shed.  The pool floats inevitably ended up in the trash, either with huge bite marks or puncture wounds.  He'd annoy the heck out of the grand kids when he'd jump in with them, wanting to share their toys.  As he got older, I bought him a life jacket, as he tended to tucker out when he got to the deep end.  My daughter's yellow Lab fell in once and had to be rescued.  Tatanka just looked at him like "what's wrong with you?"  What a funny little guy.

What do you mean by "Come?".  If you've ever had a terrier, you know that the command 'come' is not in their repertoire.  He loved to escape, thought it a great game to be chased, and was super-dee-duper fast.  Many a time, he'd escape his leash or sprint out an open door, creating a game of great fun (for him), dashing through the neighborhood, stopping, looking me or Jay in the eye, then turning and dashing off when we called him or got close.  His downfall was his friendliness - we could usually catch him when he found a person, dog, or other fury beast to befriend.  I once got a call from a vet's office several miles away from our home.  Unbeknownst to me, he'd snuck out thru the open garage door, and had an adventure.  They knew to call me from the chip.  Oh my, what a character!

Food?  Yes please.  Just like Toto in the Wizard of Oz when he (actually a she) stole the roasting hot dog from the Professor Marvel's stick, Tatanka could not be trusted when there was dangling food around.  If it was in your hand and within his reach, it was fair game.  Even if it wasn't food, well, it might be.  Baby socks were a favorite to chew and swallow.  As were everyone's underwear.  Pretty much everyone learned quickly to keep their food at a safe distance. If you dropped something on accident, forget it.  He was so fast to swoop in and grab any scrap that found the floor.  Vegetables, fruit, hot, cold, ice, non-food items . . . if it fell, he ate it.  An indiscriminate eater that got the best of him a few times.  Word to the wise - macadamia nuts and dogs to not get along.

OK, enough of the 'dickens' traits. Tatanka loved everyone, and pretty much everyone loved him.  The vet, the groomer, the owners of Double Dog Ranch (a most wonderful boarding facility where the dogs spend their days running through fields and creeks, chasing goats and buffalo), the mailman, other dogs - you name it, he was a notable favorite.  His exuberance and delight when anyone came into our home was contagious.  He loved giving kisses, and was constantly vying for a tummy rub.  And he loved me.  My constant companion, he had no problem nudging Petunia or Lily out of the coveted seat at my side each morning while I knit.  He was the first to greet me when I came home, jumping up on the back of the couch so he was in reach for a pat.  He'd actually smile, baring his teeth and curling up his lips.  Oh my little bubba, a true sweetheart.

The weekend before Christmas, he wasn't quite himself.  Not interested in food, kinda tired.  But he did get excited when the grands came over to make Christmas fudge, bless his heart.  On Monday morning, it was obvious he was sick.  A trip to Dove Lewis ended in emergency surgery to remove his nearly ruptured gallbladder.  But alas, after four days in the hospital and a valiant fight to recover, my sweet little pile of rocks lost his battle.  On Christmas morning, we bid a final slán a fhágáil to our wonderful little friend.  So loved, and so much love given in return.  Tatanka made an enormous, lasting mark on our family and my life.  You are and will always be missed little Bubba.  Thank you, and be at peace.